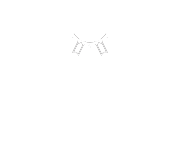 "In 2013, we partnered with an award-winning design firm to develop a cutting-edge voting experience for current and next-generation voters."

USE A FILTER TO FIND INFORMATION TECHNOLOGY JOBS

The quickest way to find available jobs in Information Technology in the County is to create a FILTER in the online Job Search system.

To begin, click the button below to visit the Job Search system.

SEARCH FOR AVAILABLE IT POSITIONS
COUNTY DEPTS
FOR EMPLOYEES
X